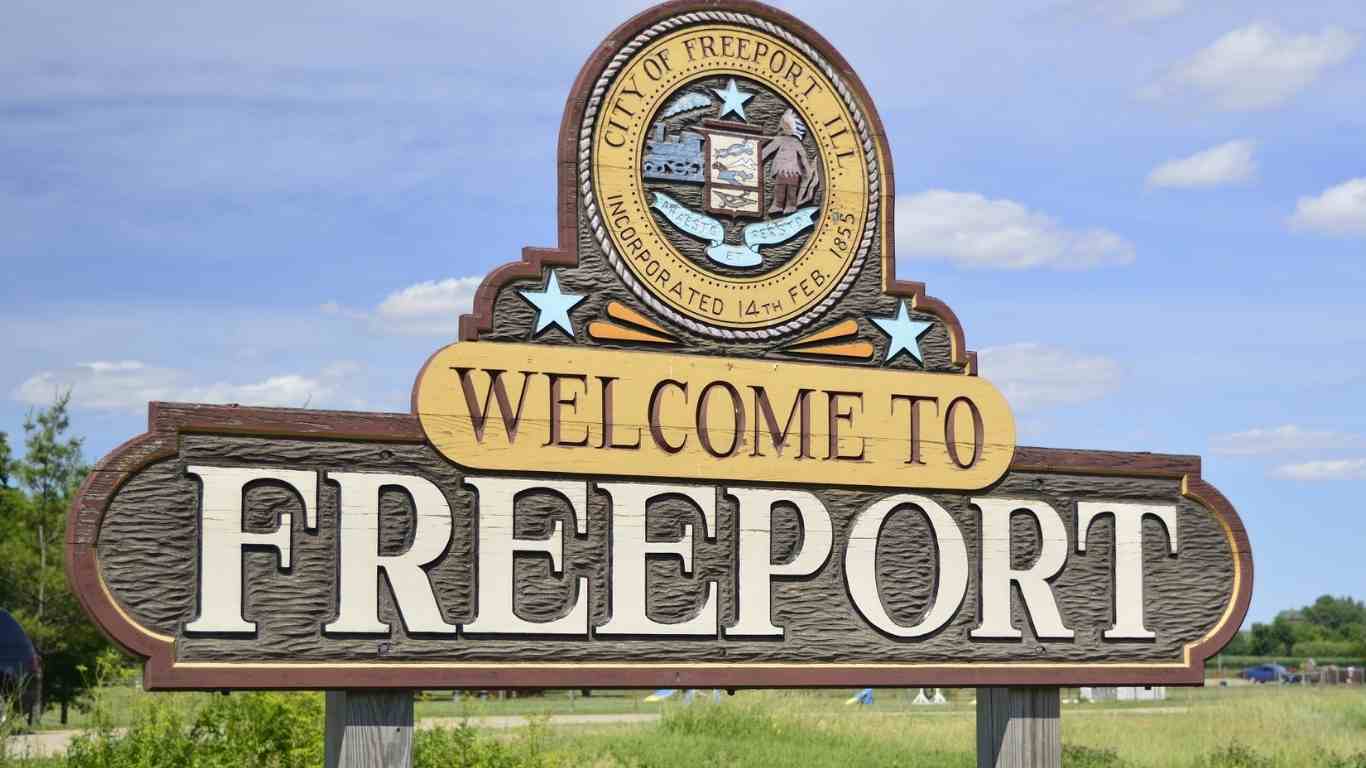 Home Rule in the City of Freeport: Information & FAQ

In October 2021, the City received official notice that its population had dropped below 25,000 residents. With this drop in population, the City will lose its “Home Rule” status unless Freeport voters approve the continuation on November 8, 2022. Information and education is critical as Freeport residents weigh their options regarding the referendum. Citizens are encouraged to educate themselves on both the pros and cons of Home Rule.

What is ‘Home Rule’ Status?

Home Rule allows municipalities like Freeport an increased means of local control in areas of zoning, building, safety, matters of public health, and morals. The Illinois State Constitution lays out four areas in which a municipality under Home Rule can act: they may a) regulate, b) license, c) tax, and d), incur debt. Municipalities with populations over 25,000 are automatically granted ‘Home Rule’ status, while smaller communities can put the question on a ballot and let voters decide.

The City of Freeport has been a Home Rule status municipality since 1971.

Why is Home Rule an Issue Now for Freeport?

The City is currently a Home Rule community and has been for decades, but because the City’s population fell below 25,000 per the 2020 census, the citizens of Freeport must determine whether the City remains a home rule community or not. This determination will be made through a referendum question that will be put on the ballot at the November 8, 2022 general election. The question will appear on the ballot as:

Shall the City of Freeport remain a home rule unit of government?

What is the Purpose of Home Rule?

The purpose of Home Rule is to allow for local solutions to local issues and problems, generate revenue, and to incur debt. A municipality with home rule status can exercise any powers and perform any functions unless it is specifically prohibited from doing so by state law.

In contrast, a non-home rule municipality can only exercise powers for which express authority has been given to it by state law. This means that non-home rule communities are dependent on authority given to it from the General Assembly and Governor. Freeport residents vote for one State Representative and one State Senator who serve to represent Freeport residents with the Illinois General Assembly.

Residents oversee the use of home rule through the normal election process. All 8 members of the City Council and the Mayor live in Freeport. Every two years, half of the aldermen are elected by the citizens of Freeport, and every four years the Mayor is elected. Additionally, participating in City Council and Committee meetings is another form of oversight.

Citizens have the right to address the governing body at every meeting. Furthermore, all ordinances are published, discussed, and acted upon in open session, and all agendas and ordinances are posted on the City’s website at least 48 hours before a vote. Finally, voters can file a petition to rescind Home Rule by referendum.

What are Immediate & Long-term Impacts of Home Rule for Freeport?

Freeport has been a Home Rule municipality for more than 50 years. The immediate and long-term impacts of home rule is the ability to raise different types of revenue through sources other than property taxes and to self-govern. The ability to create different types of revenue allows for the tax burden to be spread to visitors, tourists, and greater-community citizens rather than shifting the totality of the City’s tax to Freeport property owners (and thus, Freeport renters as well).

Similarly, Home Rule allows municipalities like Freeport an increased means of local control in areas of zoning, building, safety, matters of public health, and morals. An example of this is the City’s chronic nuisance ordinance. Through Home Rule, the City of Freeport is able to prosecute cases through its administrative hearing process and avoid going to the Circuit Court for relief. This has sped up the process of cleaning up Freeport properties.

As a result of its Home Rule authority, communities have revenues sources such as:

The revenue raised from these taxes and fees reduces the City’s reliance on property taxes as a means for funding City services and operational needs. If the City were to lose its Home Rule status, it is possible that it could lose the ability to impose these types of taxes or fees thus making it reliant on property taxes.

What are Potential Disadvantages of Home Rule Status?

Typically, Home Rule municipalities have broad taxing and regulation authority, including the ability to increase property taxes without a referendum, to issue an unlimited amount of debt, to create new taxes and fees, and to regulate property.

Who Determines City Spending & How Funds are Dispersed?

Regardless if a municipality has Home Rule status, spending at the city level is decided on by the city council. City staff makes budget recommendations, which is then discussed, adjusted, and approved by the city council. Residents are encouraged to come to committee of the whole meetings and council meetings. Anyone may provide comments and concerns about city spending at these meetings or through city staff or elected aldermen.

What are Immediate Impacts of Losing Home Rule?

Without Home Rule, the City of Freeport would lose its ability to generate revenue through Home Rule taxes. With the loss of this revenue generated, the City would rely on raising property taxes to cover budget shortfalls.

Similarly, it would lose its ability to pass ordinances swiftly.

How Much Revenue is Projected to be Lost if Freeport Voters Overturn its Home Rule Status?

What Spending Adjustments are Anticipated if Home Rule is Overturned?

Left with only property taxes to generate revenue if the Home Rule referendum fails, the average $100,000 home could see an estimated property tax increase of $833.

Additionally, city departments, including police and fire, are required to prepare two budgets (one regular FY2023 with Home Rule revenue and one FY2023 without Home Rule revenue and reduced by 20%)  for Council approval in preparation of the outcome of the referendum. If the referendum fails, the 20% reduced budget will be put in place for FY2023.

What Would the Impact of Losing Home Rule be on Freeport Services?